Europe is rich with many wonderful cities . From Iceland to Istanbul, from Scandinavia to Sicily, the European continent spans a mind-boggling myriad of amazing cultures, languages, and styles. Here is a list of some 25 mind boggling cities in reverse order that aim at swooning their visitors with their enchanting beauty. 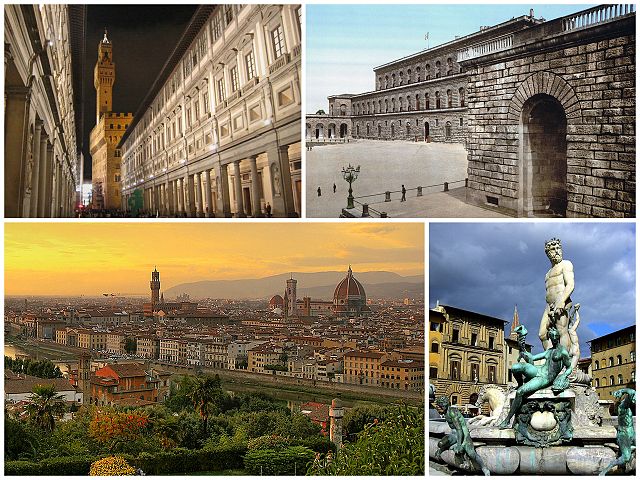 Munich is the capital and largest city of the state of Bavaria in Germany. This city has a lot attractions to offer for all ages and tastes. It offers visitors the chance to taste the Platonic ideal of beer, and visit castles that feel as if they stepped out of a Disney film.

Bern, Switzerland is a UNESCO World Heritage Site and the political centre of Switzerland. The city doesn’t offer a feel of a political hub though, as this city was made for walking. The walkways of Bern are all covered making for pleasant shopping in any type of weather. Seeing Bern from the river reinforces the decision of adding this amazing city onto this list.

Warsaw is the sprawling capital of Poland. This city offers countless reasons to fall in love with it. It boasts an old town like no other, where you can commemorate the city’s heroic uprising against Nazi occupation.The symbol of the city is the Mermaid which is featured on the city seal. This  is a bustling metropolis and features an unforgettable history. A city where a fourth of the terrain is covered by parkland and it is indeed a city of culture for all tastes and budgets.

The second-largest city in Croatia, Split or Spalato in Italian is a great place to see Dalmatian life as it’s really lived. The city is always buzzing and this exuberant city has got just the right balance of tradition and modernity.  Split has a unique setting and its dramatic coastal mountains act as the perfect backdrop to the turquoise waters of the Adriatic. The visitors can get a chance to appreciate this gorgeous cityscape when making a ferry journey to or from the city. Reykjavik is the capital and largest city of Iceland. It is the world’s most northerly capital that offers a combination of colorful buildings, quirky, creative people, eye-popping design, wild nightlife and a capricious soul to devastating effect. The city also offers a backdrop of snow-topped mountains, churning seas as well as crystal-clear air which may make you fall helplessly in love and returning home already saving to come back.

Hamburg is the second largest city in Germany. It is a major transport hub and is one of the most affluent cities in Europe. The city has given rise to vibrant neighborhoods awash with multicultural eateries, as well as the gloriously seedy Reeperbahn, the famous red-light district. Hamburg nurtured the early promise of the Beatles, and today its distinctive live- and electronic-music scene thrives in unique harbor side venues.

Vienna is the capital and largest city of Austria. It is s packed with imperial history and at the same time it has exciting contemporary museums, lively eating, nightlife scenes, and many quiet corners to explore. It offers some of the finest classical music that can be heard just about everywhere. Even if you’re not a music lover, the city’s cuisine, architecture, and beautiful parkland will retreat you. No city on earth is more alive than Madrid, a beguiling place whose sheer energy carries a simple message: this city really knows how to live. It is the capital and largest municipality of Spain.  Madrid is a great vacation spot for museum and art lovers, as well as those who can appreciate the architecture of the Royal Palace of Madrid.

Lisbon is the capital as well as the star attraction of Portugal. The city has got almost everything from Gothic cathedrals, majestic monasteries and quaint museums which are all part of the colorful city scape, but the real delights of discovery lie in wandering the narrow lanes of Lisbon’s lovely backstreets.

Amsterdam is the capital city and most populous city of the Kingdom of the Netherlands. Seventeenth-century buildings, joint-smoking alien sculptures, only few cities meld history with modern urban flair like Amsterdam. The city is also counted as one of the top sin cities in the world but still the city has got an ultimate charm.

Copenhagen is the capital and most populated city of Denmark. While most tourists usually tend to stick to southern and western Europe, Copenhagen is a destination not to be missed on a European trip. With historic roots going back to its early days as a Viking fishing village, the sights and architecture are a unique treasure to behold. It also has many beaches that surround the city that are a little known secret to add to any great summer vacation. 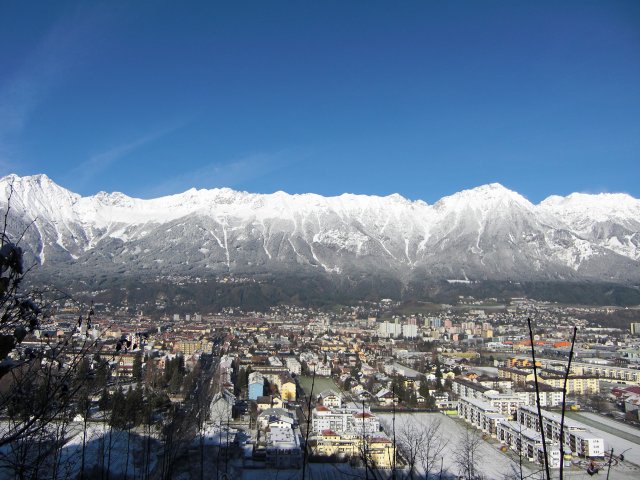 For those who love hiking and mountain climbing, there is no better place than Innsbruck, Austria.  The city is unique in that it hosted the Winter Olympic Games twice (both in 1964 and 1976). Its Alpine location makes it a hot sport for winter sports as well as hiking, climbing and mountain biking during the summer months. Innsbruck is also home to many museums, castles and historic sites.

Porto, Portugal, is the center of an up-and-coming wine scene that goes way beyond the city’s namesake port. It also offers a nice juxtaposition of old-world landmarks and modern street art. It is a major headquarters for music, art and architecture in Portugal. The city also serves as a venue to numerous festivals throughout the year, such as St. John (late June) and Queima das Fitas (early May). Porto also has a long tradition in music, art and athletics, and is home to FC Porto among other football (soccer) clubs.

Valencia is the third largest city in Spain, located right on the Gulf of Valencia. The city’s historic winding streets, incredible architecture and amazing cathedrals make it a great destination. It also serves as a home to an enormous plaza and many famous museums and galleries.

Bruges is filled with canals and medieval architecture, making it one of the most unique cities in Europe. It is the capital and largest city of the province of West Flanders in the Flemish Region of Belgium. The city is filled with picturesque cobbled lanes and dreamy canals link exceptionally photogenic market squares lined with soaring towers, historic churches as well as old whitewashed almshouses and there’s plenty of it that this city has to offer.

Rome is home to the Colosseum, Roman Forum, Trevi Fountain and other amazing historical buildings that will make you feel like you’re in an ancient city. But still there’s more to this city than history, fine art and great food. Rome is Italy’s capital and largest city, and while history reverberates all around, modern life is lived to the full. Rome is Italy’s political and religious heartbeat and the twin presence of government and Church dominates the city.

London isn’t just Europe’s biggest city—it also boasts unforgettable architectural wonders like the Tower, the Houses of Parliament, the Tower Bridge, Hyde Park, the gently winding Thames, and more charmingly meandering old streets, alleys, and courts than you could explore in a year of happy wandering. 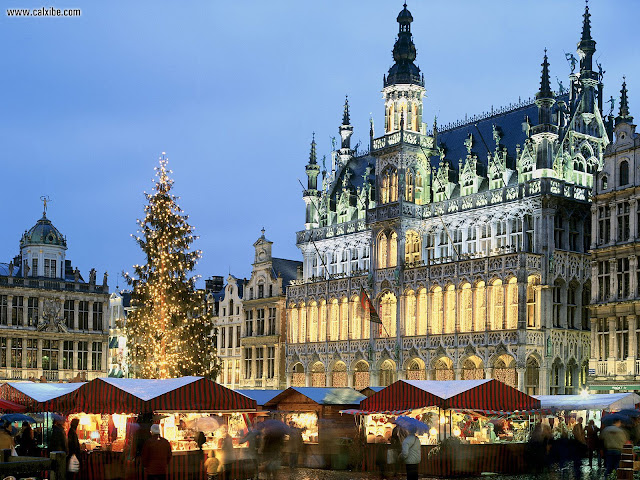 Don’t let its political importance fool you into thinking Brussels is all business. It may be the capital of the European Union, but this famous city of Belgium, founded as a 10th-century fort, knows how to entertain visitors.Brussels is filled with palaces, cathedrals and other incredible structures that will lure in any architecture lover.

Some people forget that Istanbul is a European city! Not only this, as it also straddles Europe and Asia, not just geographically but in just about every other way, too. The visitors can explore amazing open-air markets, churches, and ruins in the city so nice they named it thrice as Constantinople, Byzantium, and finally Istanbul. It is the largest city of Turkey and it reflects cultural influences of the many empires that once ruled here.

Barcelona pulses with a rhythm and energy all its own, with architecture and public spaces that make you feel as if you’re lost in a fairy tale. It is the cosmopolitan capital of Spain’s Catalonia region and it represents  quirky art and architecture, imaginative food as well as vibrant street life. The city has medieval roots, that reflects in the maze like Gothic Quarter, but a modernist personality represented by architect Antoni Gaudí’s amazing Sagrada Família church. Its restaurant scene, anchored by the central Boqueria market, ranges from fine dining to tiny tapas bars.

Prague is a city with a uniquely preserved historical center that is part of the UNESCO World Heritage List. Its history goes back a millennium and the city serves the best  beer in the Europe. Prague is the capital and largest city of the Czech Republic and it never fails to impress its guests with its beauty and amazing culture. 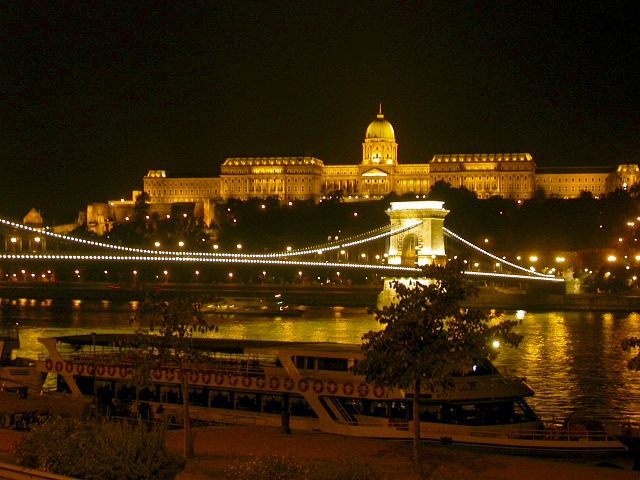 Budapest, the capital of Hungary, is home to St. Stephen’s Basilica, the beautiful Chain Bridge, and a friendly, inviting culture that spans Western and Eastern European traditions. It is probably the most beautiful city by the water. Walking over the chain bridge to witness the beauty of Buda and Pest looking back at one another across the Danube is indeed pure perfection. When the lights come on in Budapest, make your way down to the river and take in the splendor of the two cities. 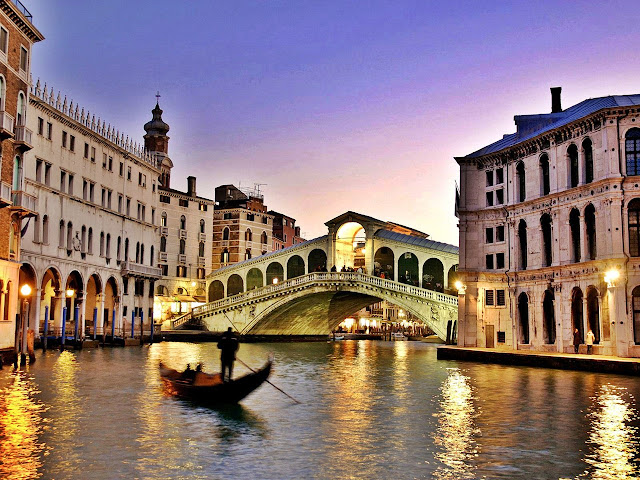 Venice, Italy is a paradise and one of the most popular destination for honeymooners. It is really as beautiful, enchanting, and unforgettable as everyone says. While its museums, squares, bridges, and canals are amazing, the most amazing thing to do here is get lost on its winding streets. 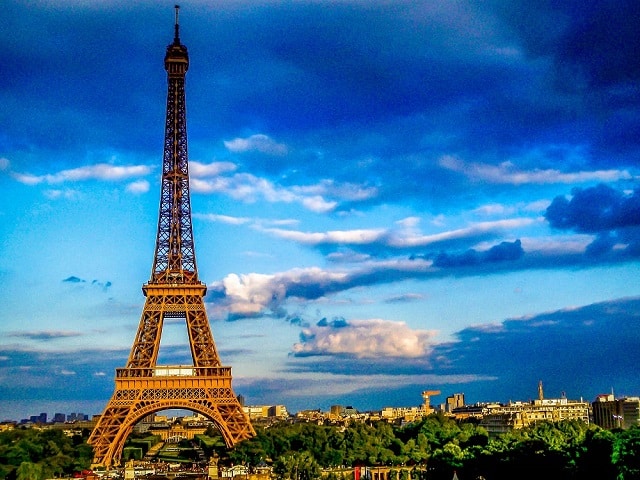 Paris, France is indeed the most beautiful city in the world. Whether your taste runs to gargoyles, stained-glass windows, or the treasures of the Louvre, Paris holds something for everyone. As Audrey Hepburn says in Sabrina, “Paris is always a good idea” and we truly agree with her.

Europe is indeed really beautiful and we know we may have left many cities out of the list. So feel free to suggest in the comment box below.