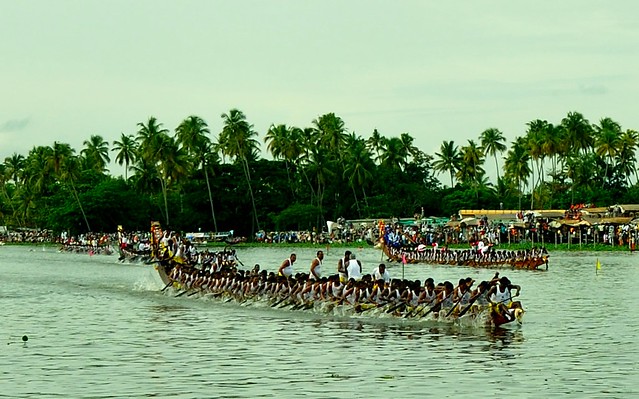 It is a well known fact that India is a country of vast culture and South India really has a distinct culture that sets it apart from the rest of the country. Each state of South India has has managed to retain its own distinct identity that make them noted amongst the amazing places to be visited in India. The southern part of India is loaded with Intricate temple architecture, historical ruins, palm fringed canals, hills, beaches and much more. Check out these 10 places (in no particular order) that you just can’t miss while in South India. 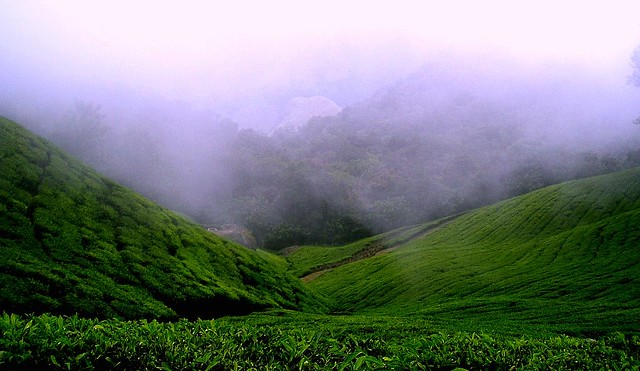 Munnar is surrounded by lofty mountains, green ridges and plunging valleys.  This amazing place is famous not only for its natural beauty, but also for having some of the earth’s highest tea plantations. This is basically a scenic hilltop town that used to serve as the favorite summer retreat for British in colonial times. It has national parks, lakes,, waterfalls and much more that makes it a great tourist destination of south India specially in summers. 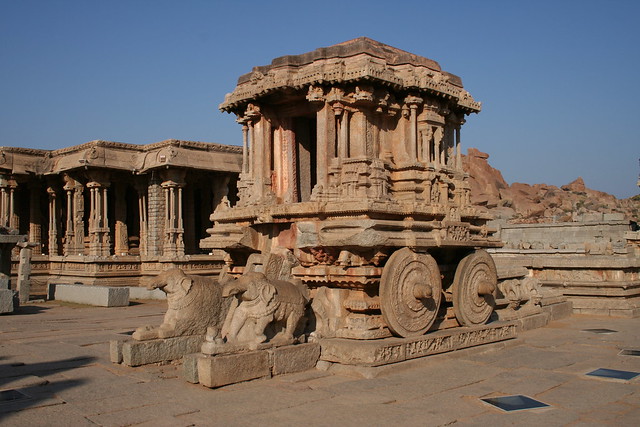 Hampi is one of the top historical destinations of India located in the state of Karnataka. It is a laid back village which served as the the last capital of Vijayanagar, one of the greatest Hindu empires in India’s history. This place houses some extremely spell bounding ruins intriguingly intermingled with large boulders that rear up all over the landscape. The ruins date back to the 14th century that stretch for over 25 kilometers and comprise more than 500 monuments. The visitors experience an incredible energy at this ancient place. 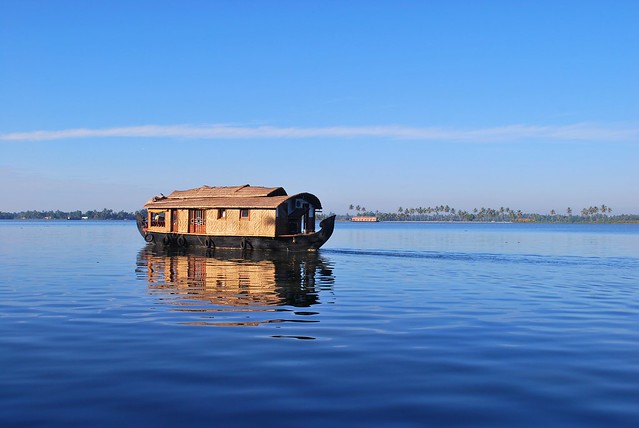 One of the most relaxing and placid things one can do in Kerala is take a trip in a houseboat along the palm-fringed Kerala canals, known as the backwaters. These backwaters are blessed with postcard-perfect beaches, verdant paddy fields, shady coconut groves and friendly folk. One can paddle in the warm waters of the Arabian Sea, indulge in an Ayurvedic treatment, and savor scrumptious seafood while slowly gliding through the breathtakingly beautiful backwaters. This serene place offers a journey close to nature that promises  an extremely soothing experience.

Coorg, is an administrative district in Karnataka. It is a beautiful place filled with many tourist attractions and the most visited is the Abbi Falls which is just a 5 km drive from the city. Coorg is rich in natural resources which included timber and spices. This place is considered rich with wildlife and has three wildlife sanctuaries and one national park: the Brahmagiri, Talakaveri, and Pushpagiri Wildlife Sanctuaries, and the Nagarhole National Park, also known as the Rajiv Gandhi National Park.

Kochi is an enchanting city that’s had an eclectic influence. This place is known for its breathtaking architecture. The key highlight is the Kochi Fort which is a particularly fine piece of art and is full of architecture as well as historical sites. It is a marvelous place to stroll around and explore on foot. 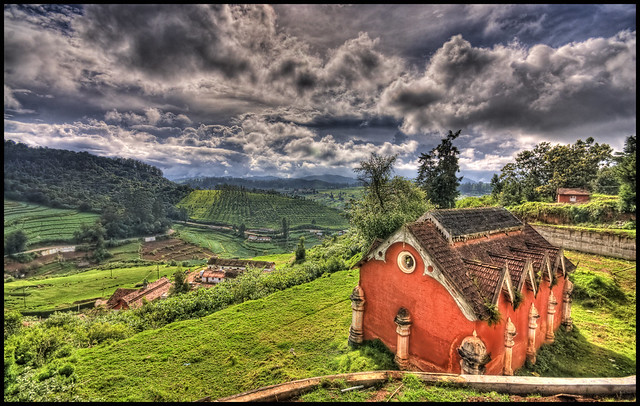 Ooty is the most famous hill station of the South India. This hill station is covered in lush greenery all the way up from the foothill. The landscape is surrounded with hills with dense vegetation, plateaus covered with tea gardens, eucalyptus trees and much more. This place offers a cool respite from the warm plains. Some of the famous places to visit here are  Glass Temple, Botanical Gardens, Rose Garden, Doddabetta Peak, Emerald lake Pykara Boat House and many more.

Kodaikanal is located in the state of Tamil Nadu and is filled with peace, beauty and tranquility. It is also famous as the Honeymooners Paradise of South India. The key highlight is the Berijam lake that has a wide variety of flora and fauna, most of which are harvested as medicinal herbs. This place is known for its cool and misty weather, the scenic beauty of the rolling hills as well as the wooded forest, its surroundings that has the ability to mesmerize any visitor throughout the year.

Madurai is also famous as the Athens of the east because of its antiquity and historical importance. It is a popular city of Tamil Nadu and the key highlight of Madurai is its amazing Meenakshi Temple which is more than 4,000 years old, and has remained a major center for Tamil culture and learning. 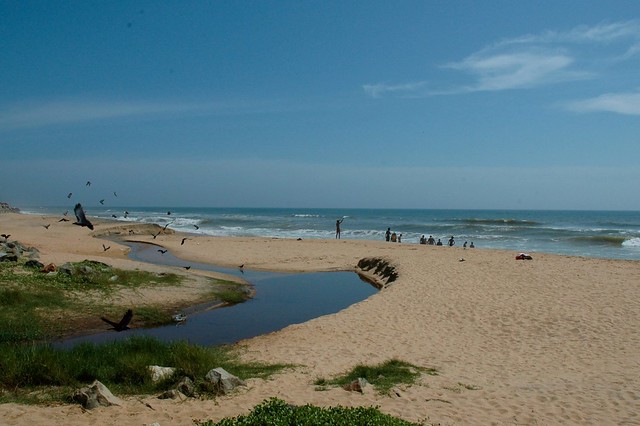 Varkala is a coastal town and municipality in Thiruvananthapuram district situated in the Indian state of Kerala. It is the only place in southern Kerala where cliffs are found adjacent to the Arabian Sea. Varkala is also famous for the 2,000-year old Janardana Swami Temple which is an important Vaishnavaite shrine in India . 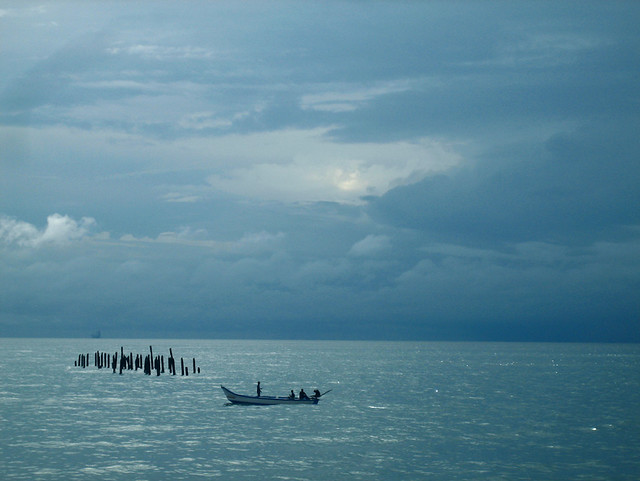 Pondicherry or now known as Puducherry is the hub of French architecture, visible in certain localities throughout Pondi. India’s Little France’ and ‘The French Riviera of the East’ as Pondicherry is sometimes referred to was under the French rule for nearly 281 years colony until 1954. The French influence can be sensed through its architecture, cuisine and even from the language. The golden sea shores, the amazing sunset cruises, the enchanting moonlit dinners and the blissful lagoons have given the this destination a reputation of being the most appropriate place for a relaxing vacation.